← more from
INFRACom!
Get fresh music recommendations delivered to your inbox every Friday.
We've updated our Terms of Use. You can review the changes here.

Did You Expect That 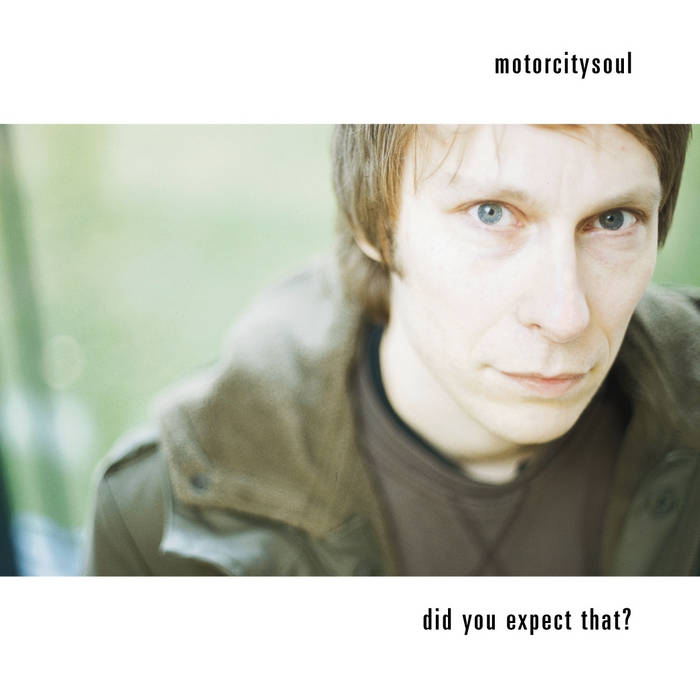 Matthias Vogt is one of the few artists who can roam from one musical world to another and still remain authentic. He has the capability to record the remarkable [re:jazz] album, (with Till Brönner, Eric Truffaz, Nathan Haines, Lisa Bassenge and Joy Denalane), only to change easily with Motorcitysoul into the electronic world of the Club and DJ culture. While doing this he still remains relaxed and even humorous. With a blinking eye he titles the album "Did you expect that?” and refers jokingly to "Me on GPR” at the same time reminiscing fusion jazz which reminds one of the Yellowjackets. By the way the liner notes are from Yannik Elverfeld, a fellow traveller of Vogt and Rindermann, who with "NEEDS” runs one of the internationally recognized projects in the domain of house music. A look at Matthias Vogt’s biography shows that here is an exceptional talent. After his education as church musician he studied jazz piano with a degree as a professional musician and instrumental pedagogue for jazz and popular music. As DJ Matt he published two EPs on INFRAcom! and has produced remixes for both Aromabar and Hacienda.

Hailing from the infamous car manufacturer city of Rüsselsheim, Germany, Matthias Vogt aka DJ Matt has come a long way. When he asked me to 3 put down some words for his debut album there was no way I could turn down the favour.
It’s been a while, but in fact we shared quite a few memorable moments. Whether it be on jam-packed dance floors, in sordid little DJ booths around town, or with countless in-depths discussions on thumping kick drums and baddest basslines during his days as a music journalist more than a decade ago.
We met in a half-decent Frankfurt discotheque Circa 91, got to talking, and discovered our mutual love for illegal warehouse raves, early breakbeats and "Jazzie’s Groove". Eventually he invited me to one of his parties.

When the same Matthias was hired by Infracom! two years ago to set up the highly acclaimed re:jazz project, I was quite impressed, to say the least, how this man carved his own path to success. Now, with his very own debut album under his Motorcitysoul guise, Matthias deftly blends Soul, Jazz and a variety of modern urban sounds. Switching effortlessly from soul-drenched ballads and midtempo House jams to Detroit Techno, then on to a good portion of R&B, Garage and Pop, he achieves the best of both worlds: variety and intensity.

Sonically adventurous yet smooth, this album was co-produced by Christian Rindermann, better known as C-Rock, a true pioneer and original mixmeister on the German house scene as well as founder of labels like Stir 15 and Lo-Fi. Oh, and on top of that a former class mate of mine and partner-in-crime since our late eighties school parties. But that’s a whole different story...

Bandcamp Daily  your guide to the world of Bandcamp

Quelle Chris joins the show to discuss his most recent release, "DEATHFAME"